This OATMEAL CREME PIE CHEESECAKE is so good, and it’s so easy to make.  It’s rich and creamy, and, its no bake.  So when you want a fabulous dessert you can make ahead, look no further.  This is a great recipe to keep in your favorites.  Everyone will love this, and you’ll love making this one.

HERE’S WHAT YOU NEED TO MAKE OATMEAL CREME PIE CHEESECAKE:

2 boxes of Oatmeal Creme Pies – for the crust, and to top

2 cans of Buttercream Frosting  – for topping

HERE’S WHAT YOU DO:First, line the bottom of a 9 inch Spring form pan with Parchment paper.  Open the boxes of the Oatmeal Creme pies and line them in the bottom of the Spring Form pan (see photo) Lay another layer on top of the bottom layer, covering the spaces that are open on the first layer.  Cut several of the Oatmeal Creme Pies in half, and line the edge of the Spring-form pan on top of the second layer of pies in the bottom.  Set aside.
In the mixing bowl of a stand mixer, mix the softened cream cheese until smooth and creamy.  Stop the mixer and scrape down the bowl, and mix again. Add the Vanilla, and lemon juice, and mix.  In a separate bowl, add half of the 3 ounce package of Instant cheesecake flavored pudding, and 1/2 a cup of half n half, and mix until the pudding is smooth, and no longer grainy.  Add the additional 2 Tablespoons as needed, to make the pudding smooth. When pudding is smooth and thick, add it to the mixing bowl, and blend until completely smooth with the cream cheese.  Add the powdered sugar a little at a time, and blend well after each addition.  Scrape down the mixing bowl, and blend again.  Pour the cheesecake batter into the Spring-form pan, on top of the Oatmeal Creme Pies.  Smooth the top, and place the Cheesecake in the freezer for 2 hours.  Remove from freezer, and cover the cheesecake with waxed paper, and then Aluminum Foil, and place in the refrigerator for at least 12 hours.  You can make this 1 – 2 days ahead of serving.  The longer it chills the better.  When you’re ready to serve, remove from the refrigerator, and pipe large dollops of Buttercream frosting around the edge on top of the cheesecake. Crumble the remainder of the Oatmeal Creme Pies in the center of the top of the cheesecake, and place large pieces of Oatmeal pies on the edges of each piece, wedged in the dollop of frosting.   Serve, and Enjoy!

NOTE:  The frosting piped onto the cheesecake, piped better right out of the can, rather than chilled, so don’t bother chilling the frosting.  Pipe it on the cheesecake, and serve.  If you are doing this ahead, don’t pipe the frosting more than a couple of hours before serving, and make sure you place the cheesecake back in the refrigerator (uncovered if you’ve piped the frosting) until time to serve. ALSO:  when mixing the Instant pudding, you can use a whisk for best results, and it will help to smooth the pudding mix.  Don’t stop whisking the pudding mix until it is smooth and no longer grainy.  It should be thick and smooth before adding it to the cheesecake mixture in the mixing bowl.  You’ll probably have to whisk it for a couple of minutes; when it gets pretty thick, add the additional 2 Tablespoons of half n half to thin it enough to whisk smooth. 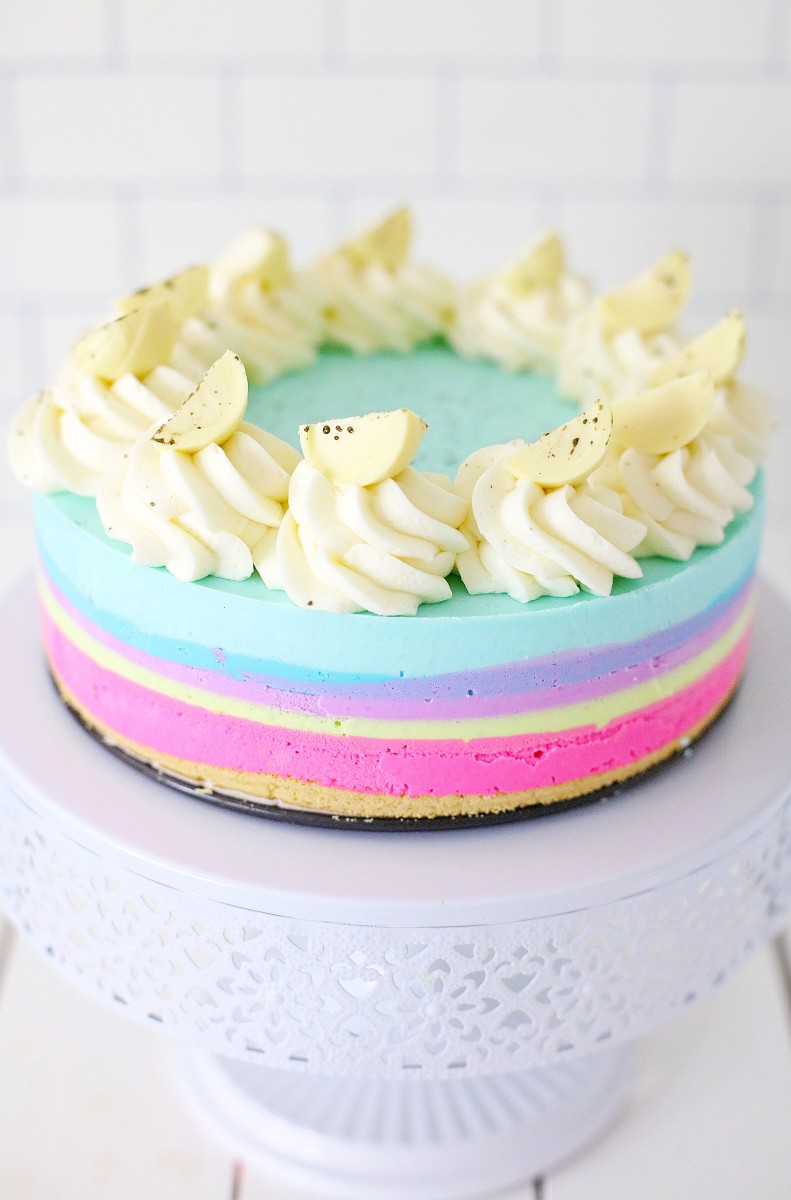 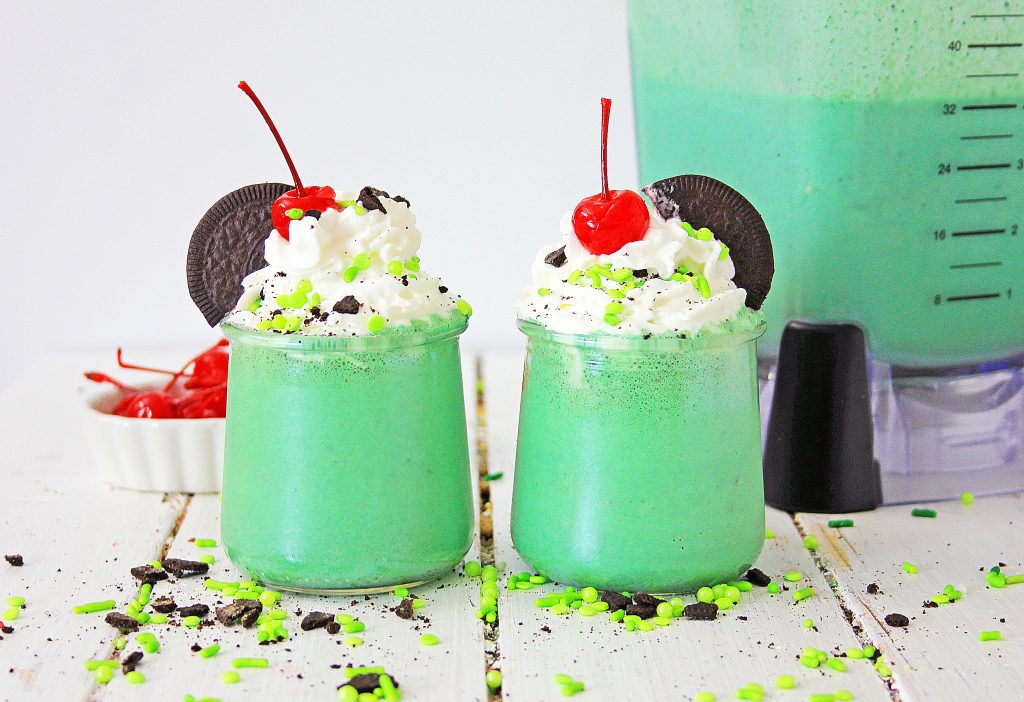 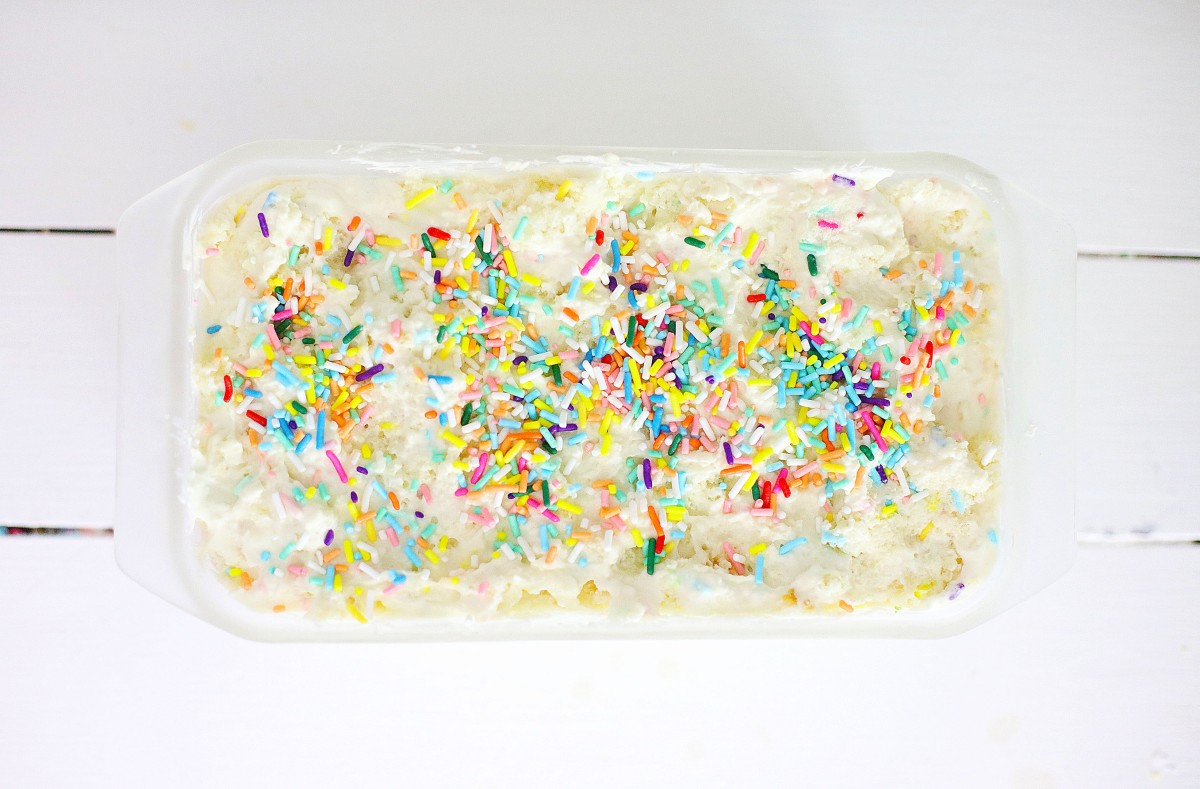 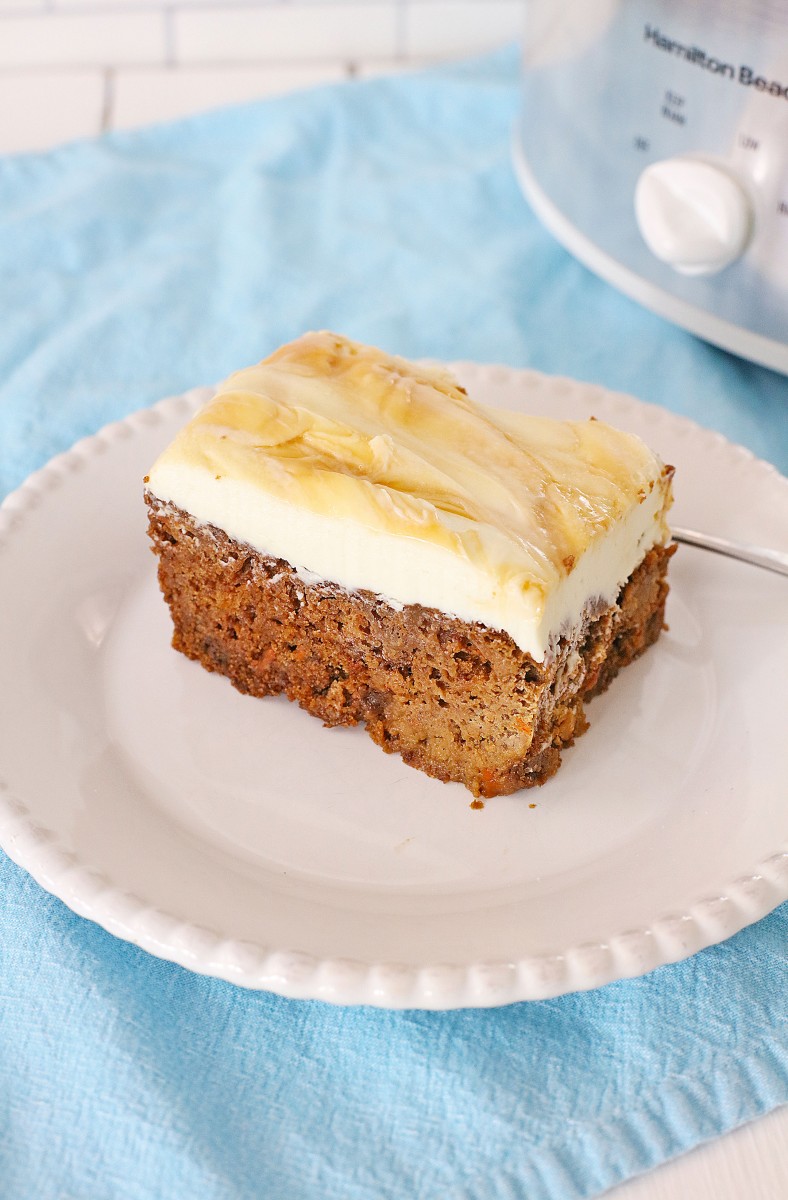 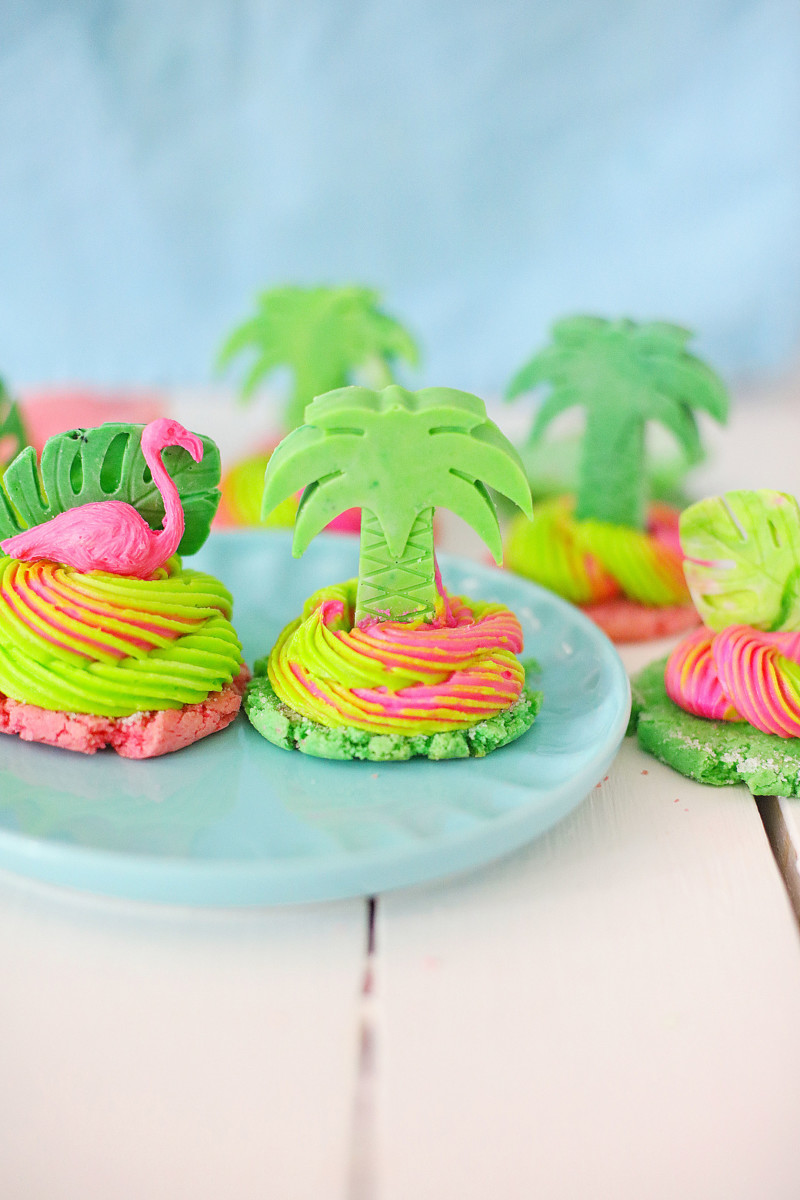 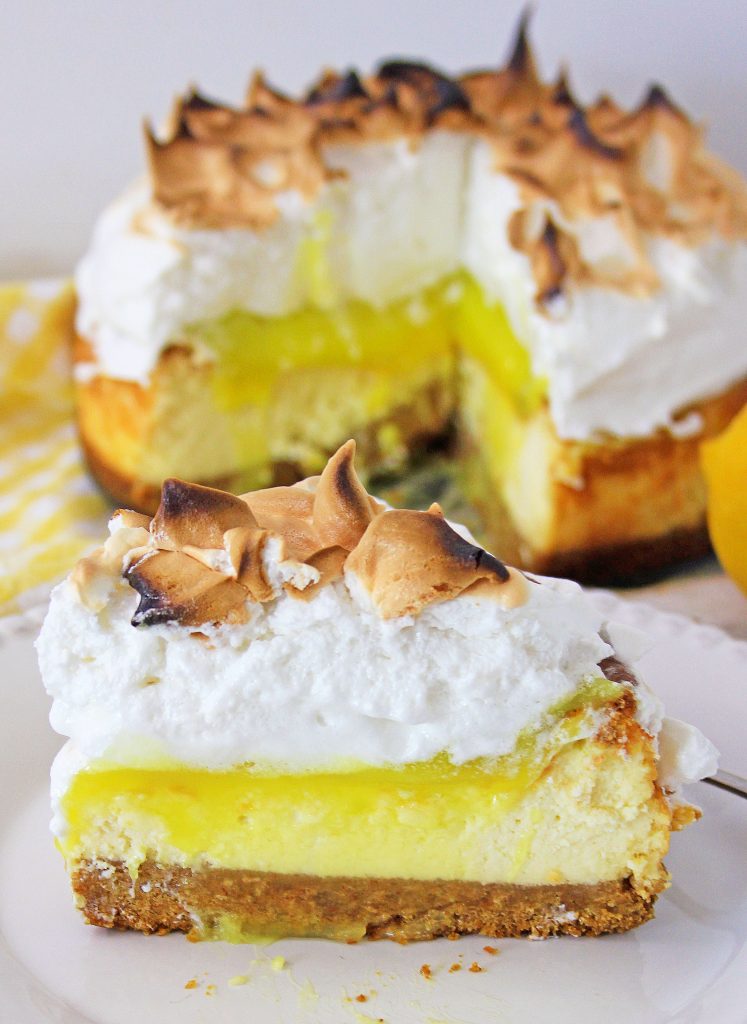