BAT PUDDING SHOTS
These little Bat Pudding Shots are so easy to make, and they’re so cute!  They are great to make for a Halloween party, and are a kicked up version of Jello Shots, with a creamy chocolaty pudding, which everyone is sure to love.  They seem to have their own personality once the eyes and ears are added, and are a great conversation starter.  Make sure to put these in your favorites.

HERE’S WHAT YOU NEED:

HERE’S WHAT YOU DO:
Make the Pudding according to package directions, substituting one cup of Milk, with 1 cup of Rum Chata.  Place the Pudding in the refrigerator to thicken/set up.  Place a piece of Parchment paper on the counter, and place 12 Oreo Cookies out of the package on the Parchment Paper.   Remove the Filling – scrape from the Cookies, and add to the Pudding mixture, stirring well to blend.  With a sharp kitchen knife, carefully cut the Cookies in half.  Then, cut one of the Pointed ends off of the Cookie, making one side flat – to stick to the Shot Glass.

Remove the Pudding from the refrigerator, and fill the Shot Glass with the Pudding mixture.

Place the Chocolate Almond Bark in a dish, and melt in the Microwave at 15 second intervals until melted, and smooth.  Dip the flat side of the Oreo in the Chocolate, and stick it to the outside of the Shot Glass – using two Cookie halves – one on each side of the Glass. (See photo)  Place the Shot Glasses on a cookie sheet, and place in the refrigerator for at least one hour, to set the chocolate on the Cookies.

Using the melted chocolate, place a small amount on the back of each of the Candy Eyes, and stick the Eyes to the outside of the Shot Glass.  When all Eyes have been added, place the Shot Glasses back in the refrigerator until time to serve.  Serve and Enjoy!
Makes 12 Pudding Shots 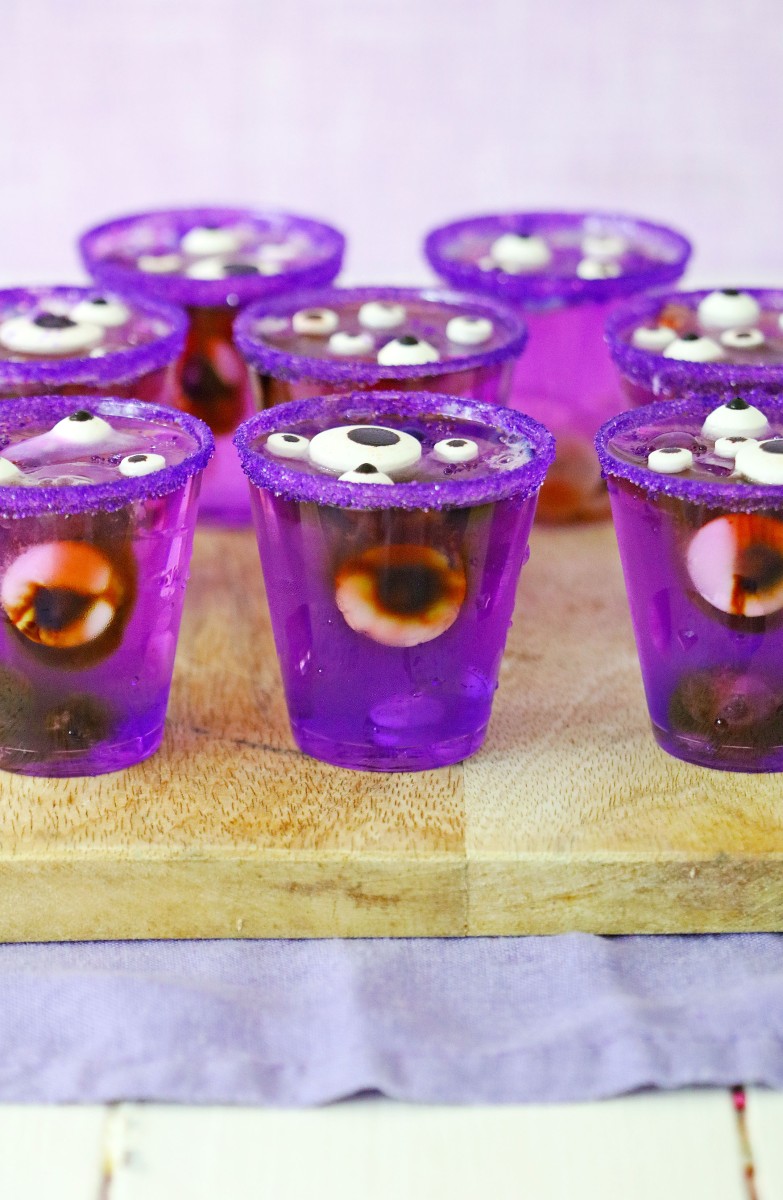 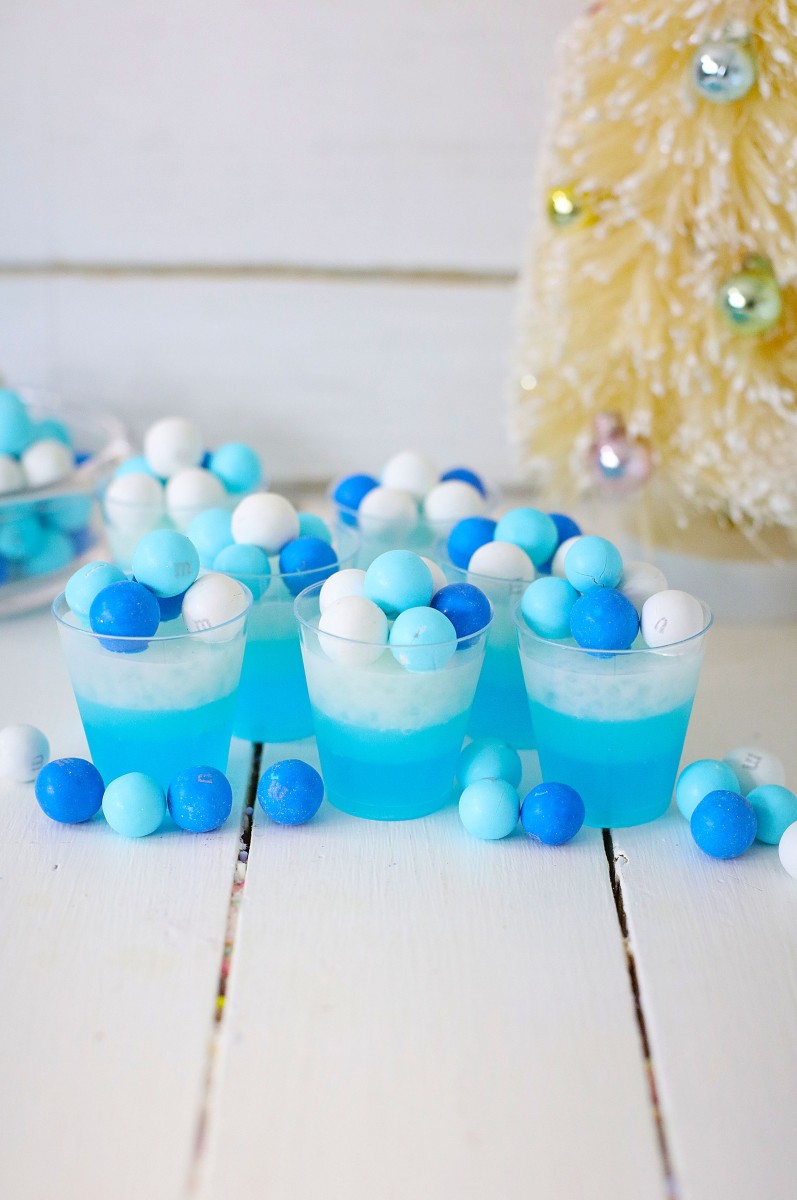